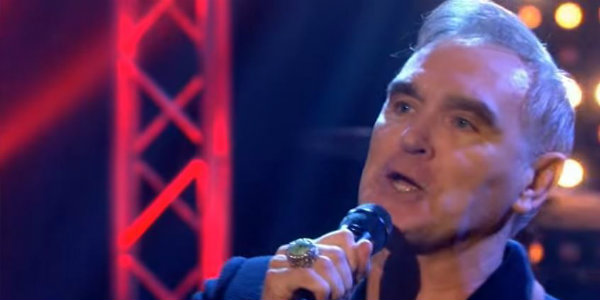 As he prepares to embark on his U.S. tour next week, Morrissey has now announced a tour of arenas and larger venues in the U.K. and Ireland early next year in support of his forthcoming album Low in High School. The trek opens in Aberdeen on Feb. 16 and wraps up with London concerts on March 7 and 9.

Earlier this month, the Pet Shop Boys stopped by ‘The Graham Norton Show’ to support of their just-released new best-of set ‘Ultimate’ by performing their 1987 No. 1 single ‘It’s a Sin.’